from Because You Have No Name I Will Give You One

Diving into the well he found a quarter, two dimes, and three pennies.

She eats scones and cupcakes. She drinks tea and Coke. She eats crumpets, blackberries, Ativan. She drives on the wrong side of the road. She crosses the street funny. She walks the moors like a banshee. She demolishes the Scottish skyline. She saw a sylkie once. It had long hair and a terrible smell. She doesn’t play golf.

If you skip the title the movie will still happen

She carried her window everywhere. Everything she saw was on the other side. The birds are there. Their beaks open. They crowd each other out of the nest. Their poop settles slowly through the leaves.

Their words, bereft of meaning, take refuge under an awning in the rain

It moved lightly through the clearing. It shimmered in the heat. She was forced out. They found her wandering. She was the second. The first remained in the forest. Nobody wants them after that. Nobody will take them in.

What were you doing? The doll was at the bottom of the staircase. She could hear his step. She could see his pattern. She could see your face. You do what you can. You slip along the railing. He rides a turtle to the bottom. She watches indiscriminately. Her eyes turn backwards. Someone has the key. Nobody knows how to find them. 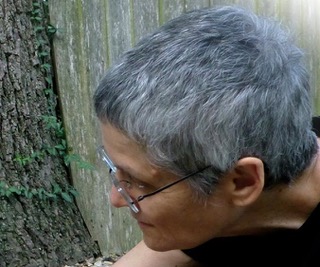