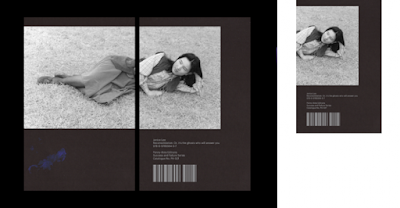 Reconsolidation: Or, it’s the ghosts who will answer you by Janice Lee
(Penny-Ante Editions, Los Angeles, 2015)

We’re nearing what will be the tenth-year anniversary of my mother’s passing. And I still haven’t written a book for her. It pains me, but I’m helpless: as regards my mother’s death, I remain speechless. All this makes me more impressed by—and grateful for—Janice Lee’s Reconsolidation: Or, it’s the ghosts who will answer you. As a writer, she succeeded where my failure persists. Perhaps key to her success? She tells it slant: 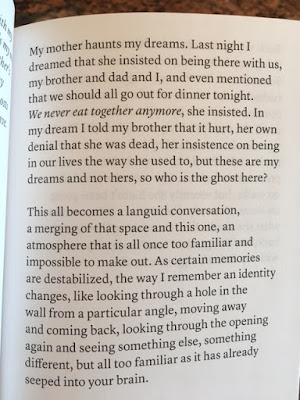 She addresses her mother’s death partly through a de facto scaffolding of other issues and other  authors’ works, whether it’s Derrida, studies and meditations on memory, poetry and fiction books, and Barthes’ Mourning Diary (I also have the latter as part of an intended attempt to write about my mother, but I’ve yet to crack it because I suspect I’m not yet ready to enter that space of reflecting on my mother and her death). The title Reconsolidation relates to 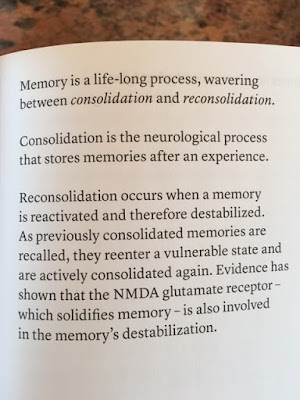 Yet approaching it from left field, if you will, is just a technical strategy (even as it enervates a work to make it not just personal but relevant to others)—I am familiar with it through a book I did manage to write about my father shortly after his death where I conflated my father’s life with the troubled (contemporary) history of our birthland, the Philippines. What makes Lee’s Reconsolidation so powerful is not so much its strategy but its insights, its willingness to plumb psyche deeply, and last but not least its very moving use of words— 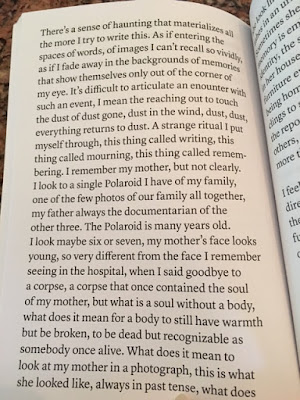 as well as the spaces between words: she imposes caesuras as much as text on the page: 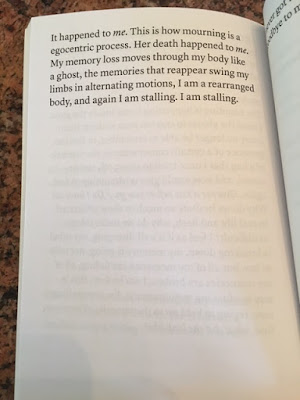 What results is a flow in the reading through the book where the reader is encouraged to pause before the white space—it’s as if the author knows to slow a reader’s read so as to allow mourning to be bearable. I find this significant: mourning can dilute attention, and as a reader I want to attend to what I’m reading (perhaps as much as a writer wants the reader to be fully attentive to the writer’s words).

Or perhaps Lee is just making room for the ghost(s): 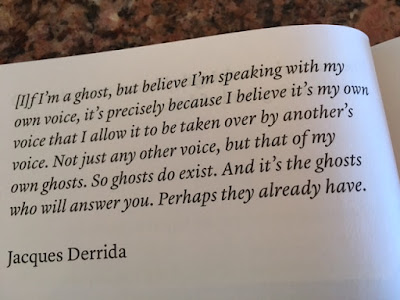 Reconsolidation whets my appetite to begin embodying the ghost of my nearly decade-long intention to write about my mother. When a reader is also a writer, that can be the biggest compliment one can give to another writer’s words: that someone’s words make you respond by also wanting to write. That is why, ultimately, I respond to Reconsolidation with deep gratitude: Thank you, Janice Lee.


Eileen Tabios does not let her books be reviewed by Galatea Resurrects because she's its editor (the exception would be books that focus on other poets as well).  She is pleased, though, to point you elsewhere to recent reviews of her work: AMNESIA: Somebody's Memoir was recently reviewed by Valerie Morton for E-ratio 23. She released three books and two chaps in 2016, and is scheduled to release at least that similar number in 2017. More info at http://eileenrtabios.com