SONG OF THE YUKON by TRISHA SUGAREK 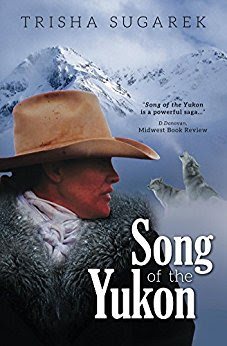 Song of the Yukon by Trisha Sugarek
(Writer at Play, 2016)

I read poet Trisha Sugarek’s novel Song of the Yukon, as I'm generally interested in homesteading and off-grid stories. Sugarek's novel, set in Alaska, more than satisfied my curiosity. It’s about LaVerne, a teen and budding song writer who followed the poet Robert Service’s trip into the wilds of Alaska.

The inclusion of Service’s life offers a welcome layer to the story, and the references are inserted harmoniously so that they seem a natural instead of forced companion to the primary plot of LaVerne’s life: she impersonated a boy to be hired aboard a freighter who took her from Seattle to Alaska; along the way, she experiences boat rides on the Yukon, meets members of native tribes, files homestead papers and works the land.

Song of the Yukon also delights due to its structure of seamlessly weaving poetry, song lyrics and correspondence within the novel's narrative. For example, here is a scene around a fire where LaVerne gets to know the indigenous guide and his mother, Black Eyed Joe and Edna—Service’s poem is woven into the dialogue where Edna makes her observation about Mother Earth: 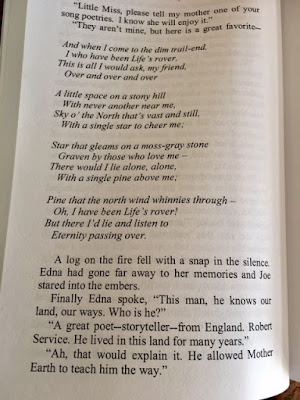 Sugarek’s use of correspondence also doesn’t grate in the narrative flow. My personal experience is that I’ve found the insertion of correspondence to be an interruption or a cheat in writing a story, but such isn’t the case here. Here, the correspondence makes the story more personal as well as is effective in bringing onto the page the rest of the world beyond LaVerne’s particular environment. For example, here’s an excerpt from a letter from LaVerne’s mother: 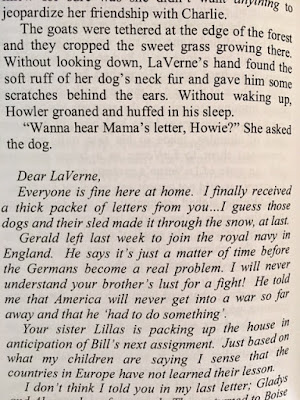 Last but not least, the story weaves in a lesbian experience, perhaps not the first time but a rare point of view within the genre of homesteading, off-grid Alaska and Wild West stories.

All in all, Sugarek’s multi-layered approach uplifts SONG OF THE YUKON from the crowded field of such stories.