THE LYNCHING OF LEO FRANK by ZVI A. SESLING 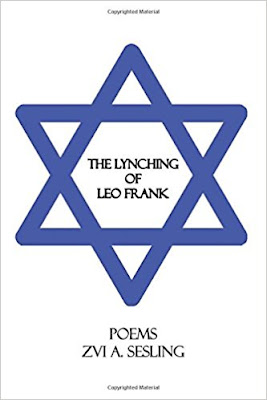 Rabbi Andrew Vogel (Temple Sinai, Brookline, MA) says of Zvi A. Sesling’s THE LYNCHING OF LEO FRANK that its “lyrical poems … express the heartfelt yearning, anguish and desire of a Jew in the twenty-first century.” In this sense, I am not be the best-positioned reviewer—I am a Methodist PilipinZ-American. But there are many doorways for any reader into these poems for they also are a testament to the varied ways in which humanity unfolds.

For instance, there is this short poem that immediately resonates:

To be Jewish is morning sun
rising after a dark night, dew
steaming off grass, each blade
a child reaching for the sun,
drinking rain like ambrosia,
growing, reaching, spreading
outward, thankful for a new day.

I have friends and acquaintances—perhaps you do, too—for whom the successful end to a night (or day) without significant harm is more than sufficient for gratitude if not joy. For one family friend, this desired outcome relates to managing a severely ill child. For me, at the moment, it’s from taking care of a beloved elderly cat beset with four diseases including cancer. Yet as the title of the above poem indicates, Sesling means for the poem to relate to the Jewish experience.

Well, Jewish or not, the reader can be interested—nay, invested—in this and other poems in the book for reasons ranging from the deftness of the writing to a needed history lesson. As regards the latter, U.S.-American history. The book’s title poem, “The Lynching of Leo Frank,” poetically describes the lynching of Leo Frank for a crime he did not commit. Forces collaborated to lynch him, ranging over the need for a prosecutor to advance his career through a successful prosectuion (he later became governor) to the hypocritical desire of “good” “Christian men” to ensure the culprit will not be another Christian to the Southern bias against Yankees who—unlike (supposedly) Blacks—did not know their place. Such are elements of U.S.-American history. We’ve not yet addressed the 4th reason why Leo Frank was lynched for a crime he did not commit: he was a Jew. Thus, does Sesling caution in another poem aptly entitled “Apocalyptic Vision”:

Blame the fucking Jews! It does not end.
Sleep is restless. Be awake. Be aware.
Hitler lives, not in Berlin, but in the mind.
His disease is everywhere.

Now, Rabbi Andrew Vogel specifically cited “a Jew in the twenty-first century.” The contemporary state of play certainly allows Sesling’s display of what Rosie Rosenzweig, author of A Jewish Mother in Shangri-la, cites to be “master(y) of the narrative poem ending with a surprise and wise last line.”  Here’s an example that made me laugh: 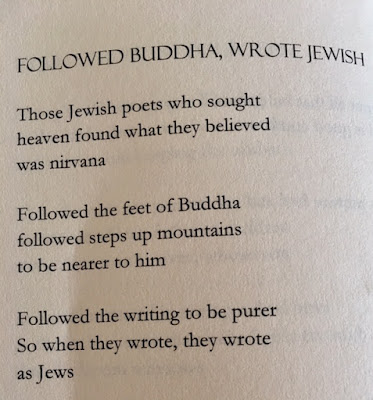 Here’s one that did not make me laugh: 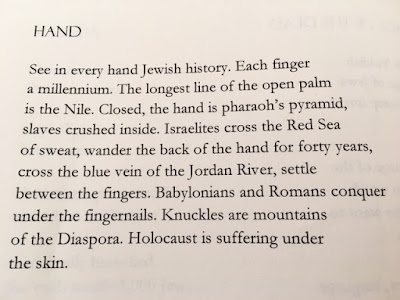 Here’s one that, for me, will remain unforgettable: 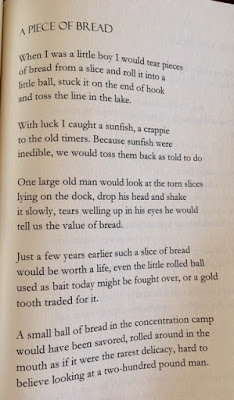 Indeed, the entirety of this book is unforgettable. Such is Zvi Sesling’s poetry: Jewish but open to others.

How fitting that the book ends with prayer: 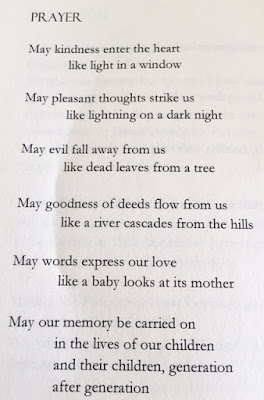