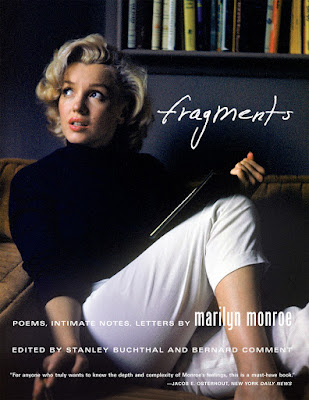 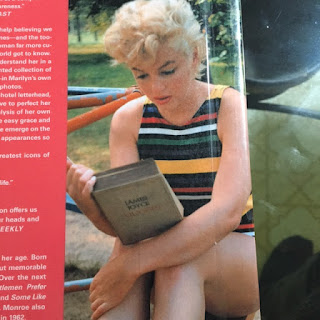 She read Joyce while waiting for a photo shoot. She attended classes at UCLA when she was first modeling and kept her notes from Ancient History class. She read Beckett and Kerouac and Camus and Ellison, among others. She had a library of over 400 books when she died. She loved and hung out with writers. She and Brando were going to start their own production company in NYC and were making plans when she died.  When she found playwright Arthur Miller’s letters telling friends that she “embarrassed him” she told him she wanted a divorce and she got it. She was known to millions as a sexy dumb blonde but that was only on screen. She was anything but dumb. She played the public role demanded of women in the misogynist cult of Hollywood old white men who ran the movie business.

When I first heard about this publication, I thought, well, it will be the usual harvest of dead famous people…..scribbles and dabbles etc.  And yeah there is some of that here.  And there are also some very moving and intelligent texts…..and that should not be  a surprise to anyone who looked past the celluloid life of Ms.  Monroe.

And yeah, she ‘slept around’ as she wanted….the famous, the politician, the actors.  And the shame is that she never got the chance to extend her role as an intellectual.  There is a beautiful picture (Google Images) of Carson McCullers kissing Monroe whose smile is absolutely radiant. MuCullers saw through the Hollywood bullcrap for sure. 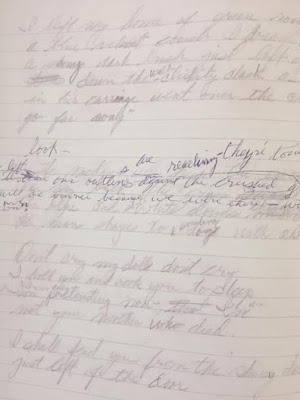 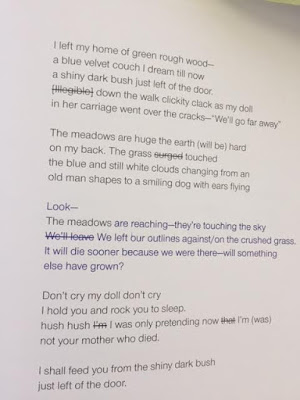 Was she a great writer or poet? Not so much, but I would certainly imagine that had she had a mentor or teacher she might have blossomed. Never know.