Afterword by Nick Piombino to 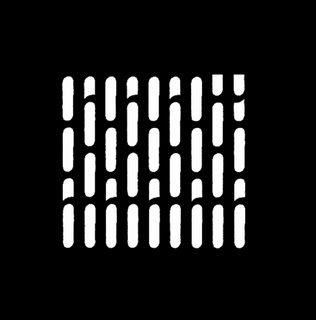 Afterword: The Shape of Thoughts to Come

Poets at the turn of this century are contending with many of the same issues as poets at the turn of the last century. The essential cause of this, as even the most cursory readings of, say, Walter Benjamin, Marshall McLuhan or Susan Sontag will tell you, is technology, and more specifically, photography, and in our era, cinema and television. As many of these effects as The Work of Art in the Age of Its Technical Reproducibility, the seminal and now classic essay by Walter Benjamin, might have tracked and elaborated, the reproducibility itself has continued to proliferate at an alarmingly accelerating velocity. One of the factors Benjamin isolated, in his ever more relevant essay, was the erosion of the impact of the “aura”, which is a nice emblem for the decay of something perhaps more fundamental: the overall social significance and impact of artists’ and writers’ depictions. Traditionally, from the era of cave painting on, it was the artist’s function to depict. Homer and Thucydides not only wrote accounts of wars, but depicted them, so their records became central to human thought and their written depictions lent increasing historical importance to the social functions of the writer. In Blade Runner, the influential film based on the novel Do Androids Dream of Electric Sheep by Phillip K Dick, the non-human “replicants” are threatening as much as for their physical indistinguishability from people as their intimidating physical powers. I take this as a metaphor for the danger to the social/historical significance of individual human imagination and talent, or even competence, embodied in technology, particularly that of the communications media when allied to totalitarianism. Of course, such perils might greatly please the bible-thumping proponents of corporate fascism: one or two more father/leaders is all we’ll ever need. Soon “spell check” may be replaced, frighteningly, with “social conformity check” enabling computers to automatically “correct” any form of individual expression or defiance.

Despite these daunting provocations, the constant inventiveness and adaptations of certain poets has been impressive and encouraging. Just as Louis Zukofsky’s maxim “lower limit speech, upper limit music” reconceived the boundaries of poetry for an era of poets in search of tools for linguistic abstraction and lyrical condensation, an analogous aphorism like “lower limit textual, upper limit visual” might be offered to account for some of today’s poets emboldened, rather than dismayed, by the possibilities for technical reproducibility, some working within a terrain that has, somewhat awkwardly, been dubbed “vispo.” As Bob Cobbing and Peter Mayer showed in their 1978 classic Concerning Concrete Poetry the beginning of visual poetry might be dated to the Phaistos disc of the 3rd to mid-2nd Millennium.

I have closely followed Nico Vassilakis’ work since about 1993 when I first read with pleasure and admiration his chapbook A Name for Radio. I was immediately attracted to his foregrounding of a communications medium whose social power and effects were once omnipresent and powerful and whose demise has been steady since the advent of television and home computers. We might well now say of radio, as Shelley wrote of the monument to Ozymandias (1818): “Look on my works, ye mighty, and despair! / Nothing beside remains.” In A Name for Radio, I felt Nico was searching for an underlying common denominator between perceptions via technology and the perception of nature directly through the senses:

trees are made of light and water....
waves explore the domain of a source. radio is
the same. Heat and light are the same. zero
produces both negative and positive infinity....
certain precepts grow fat. the reliability of symbols
to corrupt.

Fascinated over the years by Nico’s weaving into and out of both textual and visual manifestations of his art, as they each complement and derive yet influence and rebound from each other, I interviewed him on my weblog fait accompli in October of 2005. He said:

As you stare at text you notice the visual aspects of letters. As you stare
further meaning loses its hierarchy and words discorporate and the
alphabet itself begins to surface. Shapes, space relations, visual
associations emerge as you delve further. Alphabetic bits or parts or
snippets of letters can create an added visual vocabulary amidst the very
text you’re reading.

As when you are perched on a mountain’s peak though the panoramic
view is fetching you tend to focus on an interesting pebble at your feet.
Something quantum about it.

Anyone familiar with the Benjamin essay on reproducibility will immediately recognize that Vassilakis is echoing a crucial passage from it, which is well worth repeating:

We define the aura...as the unique phenomenon of a distance, however
close it may be. If, while resting on a summer afternoon, you follow
with your eyes a mountain range on the horizon or a branch which
casts its shadow over you, you experience the aura of those mountains,
of that branch. This image makes it easy to comprehend the social
bases of the contemporary decay of the aura. It rests on two
circumstances, both of which are related to the increased significance
of the masses in contemporary life. Namely, the desire of contemporary
masses to bring things ‘closer’ spatially and humanly, which is just as
ardent as their bent toward the overcoming the uniqueness of every
reality by accepting its reproduction. (Benjamin, 1936)

In the course of our interview, while discussing meaning and staring, Vassilakis said:

But when you do spend time it’s instantly apparent that we are not only
surrounded by our writing (and what we’re told the writing means), but there
are fewer places to go to retreat from it. What started as cave drawings has yet
to cease and we have tagged everything around us.

So visual writing is closer to it.

(Stopped in traffic, waiting for the light to change - you find a logo.
These people exploit our ability to stare. They tap into our personal
time, the time yre not doing anything, that special disconnected to
immediacy time. Meaning loses hierarchy when what you're looking at
doesn’t matter, when it begins to alter without constraint, when it
enters a tunnel and exits elsewhere.)

In searching for an exit from the current pervasive cultural tendency to employ meaning and visual space according to needs and desires for personal advantage, corporate profit and social control, in his visual poetry Nico has located refuge in the microscopic details of immediate, unfiltered visual and internal perception, a tendency I have associated with the poet’s desire to “see for oneself” in not passively accepting the given forms, reports, definitions, interpretations, or rules for thinking or expression.

Nico: a restless inventor’s desire to discover, annotate and give shape to perceptual transformations, an insistent search, a willingness to research, explore, conjecture, measure, straddle, to extend reading and seeing. Eyes read, ears read, hands read, mind reads, thinking reads, caring reads as does excitement, anger, uncertainty, doubt, confusion, unintelligibility, love, loss, nothingness; even death reads or is read. Reading never halts and never stops its search. Image, emotion and meaning not banished or distorted but reconsidered, renewed, reinvented within a visual/verbal nexus of focused perception. Inclusive, not exclusive, experience unmasked by means of insistent observation and research combined with critical analyses and interpretations which are also continuously subject to dismissal based on new observation and understanding. A sculptor of thought and the written, printed and spoken word.

Like two of my most beloved modern masters, Walter Benjamin and Robert Smithson, Nico Vassilakis weaves verbal constructs amidst visual exemplifications, vividly transcribed observations of thought alongside innovative renderings of a prototypical visual lexicon, scaling dualities, sometimes bluntly, and sometimes with the grace and panache of Fred Astaire dancing with Ginger Rogers.

Throughout the years I have enjoyed and admired Nico’s respect for brevity, for the compact, the minute, the precise example, the tiny, the particular locale, whether that locale be a form, a color or a sequence of meanings or shapes. He has created many mesmerizing miniatures, some containing shaped photographic reproductions of words and letters, or fragments of them, in small books such as Texts for Nothing , But Cut Up, The Amputation of L Mendax, DIPTYCHS and StampOlogue, as well as others composed of musically, rhythmically crafted, aphoristic prose poems and versed poetry like Mouth, Askew, Orange: A Manual and AGGREGGGGATE, part one. But this is a large book, a continent containing small villages and large cities, forests and oceans, mountaintop views and microscopic landscapes. While awaiting the future surveyors, geographers and navigators of these yet to be explored terrains of thought and perception, we would be wise to listen well to Nico’s advice, within this book, on mapping them:

It’s yours now completely. Even while the words form meaning
adjoining sounds distract you. That trick of how you associate to the
text. The ability of meshing life with what you think of life. You decide:
you decide what to read and how to read and you are deciding as you are
reading. Find me, and you already have begun a new book in your
hands. Put me down and still you seek a new source. Thought travels a
certain distance and returns...It just happens so quickly. You are in
command the whole time. I am here to stop you, to remind you.
Now to begin again...